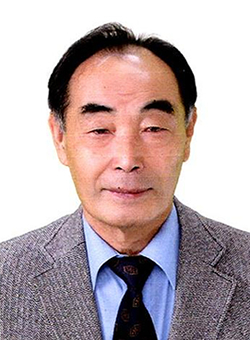 Biography: Dr. Dai-Yeun Jeong is presently the director of Asia Climate Change Education Center based in South Korea. He received BA and MA degree in sociology from Korea University (South Korea), and Ph.D in environmental sociology from University of Queensland (Australia). He was a professor of sociology at Jeju National University (South Korea) from 1981 to 2012, and served as the president of Asia-Pacific Sociological Association from 2002 to 2004, and as a delegate of South Korean Government to UNFCCC from 2003 to 2004. He published 13 books including Environmental Sociology.

Topic: How to Overcome the Limitation Inherent in Sustainable Development

Biography: Dr. Peng-Sheng Wei received Ph.D. in Mechanical Engineering Department at University of California, Davis, in 1984. He has been a professor in the Department of Mechanical and Electro-Mechanical Engineering of National Sun Yat-Sen University, Kaohsiung, Taiwan, since 1989. Dr. Wei has contributed to advancing the understanding of and to the applications of electron and laser beam, plasma, and resistance welding through theoretical analyses coupled with verification experiments. Investigations also include studies of their thermal and fluid flow processes, and formations of the defects such as humping, rippling, spiking and porosity. Dr. Wei has published more than 80 journal papers, and delivered more than 90 times of Keynote or Invited Speeches in international conferences. He is a Fellow of AWS (2007), and a Fellow of ASME (2000). He also received the Outstanding Research Achievement Awards from both the National Science Council (2004), and NSYSU (1991, 2001, 2004), the Outstanding Scholar Research Project Winner Award from National Science Council (2008), the Adams Memorial Membership Award from AWS (2008), the Warren F. Savage Memorial Award from AWS (2012), and the William Irrgang Memorial Award from AWS (2014). He has been the Xi-Wan Chair Professor of NSYSU since 2009, and Invited Distinguished Professor in the Beijing University of Technology, China, during 2015-2017.

Topic: Temperature Profiles across the Troposphere Layer near the Earth Surface

Abstract: The effects of emission gases of water vapor and carbon dioxide on temperature and heat transfer across the troposphere layer, which is less than the altitude of 10 km in the atmosphere, are presented in this work. Even though global warming strongly affects the life of the human being, the cause of global warming is still controversial. This work establishes a fundamental, systematical and quantitative analysis of heat transfer in the troposphere layer. For simplicity, heat transfer is assumed to be one-dimensional conduction and radiation modes. The solar irradiation penetrates through the atmosphere within its short wavelength range near the visible range, and absorbed and reflected by the earth ground. The ground emits radiation in the ranges of long wavelengths. Water vapor is transparent to long wavelength range 8-12 micrometers, whereas carbon dioxide is absorbed in three long wavelength bands centered at 15, 10.4 and 9.4 micrometers, respectively. Accounting for the variation of sun irradiation during daily and yearly ranges, and wavelength, temperature and concentration- dependent radiative properties, the computed results show different temperature profiles for different concentrations of emission gases.